After some negotiation between the Rzepin militia and Bowen, Maks had the train push through town. Rzepin seemed relatively prosperous, relative to the post-war misery. The militia sergeant was amiable enough, and was enthralled with the AC-556 carbine Bowen gifted him.

Bowen asked about Frankfurt an der Oder and was told that the city was booming from the river trade. He didn’t know specifically about the rail bridge, but he did say the road bridge was open. 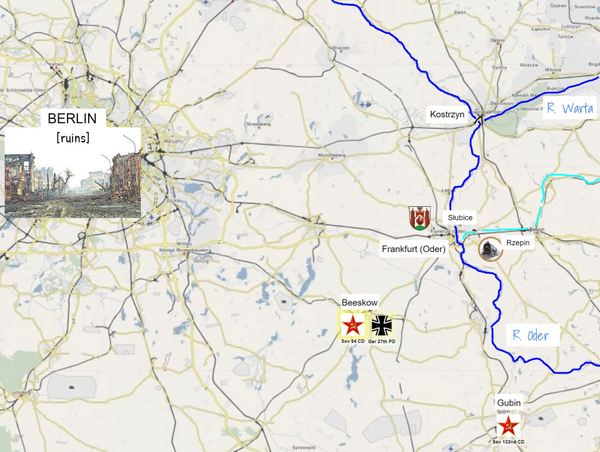 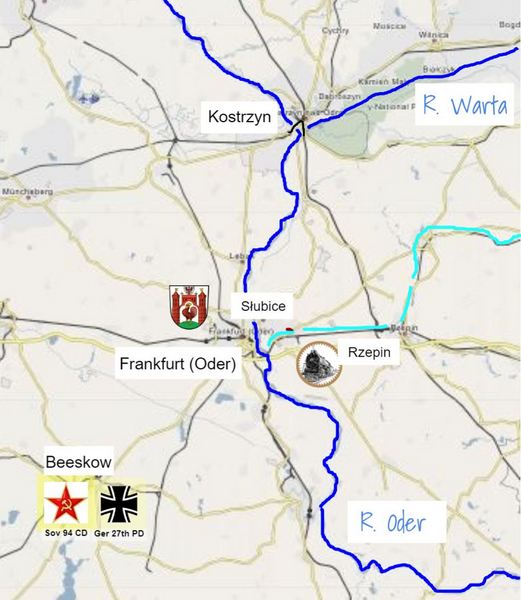 Maks, through Bowen, also agreed to gift their propane tanks to Rzepin, as well as use the train to drag a derelict T-55 a few meters. The hulk had been blocking a main road near the tracks, and too heavy for the citizens to move themselves. 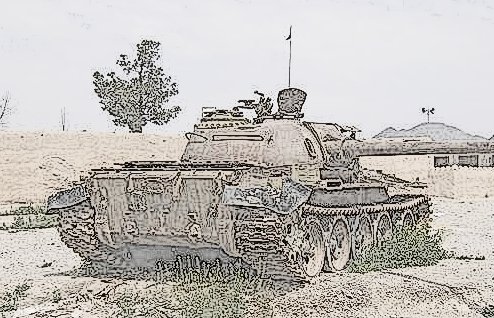 At a checkpoint east of Frankfurt, the scouts made contact with members of the city militia. They had a permanent post at the highway near the rail line.

“Rail bridge is out, Council has been talking about fixing it” was the dispiriting news.

The good news was that Frankfurt was open for business. The train would wait while Maks sent a team into town. He had 3 more days left in quarantine, and he was tired of pacing the rail car. 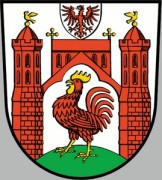 Frankfurt was a dual city, straddling the Oder river. On the Polish side was Słubice, but most of the population resided in Frankfurt on the west side of the river. The city was well-protected by a militia as polyglot as its people. Frankfurt now dominated the river trade between Wrocław and Szczecin, and its population had boomed nearly to the prewar level.

1700H. Maks sent a team to meet with someone at the city council, who turned out to be a German named Oehler. Bottom line: It was all about the money. The city would want to be paid well to allow Maks’ train passage through. Fixing the rail bridge for Frankfurt would go a distance toward that payment, however.

The bridge’s central span was damaged, but the city would make available a crane barge. It was just possible. They’d become proficient in countless minor bridge repairs on their journey, but this river bridge was an order of magnitude more difficult. Straczynski and that half-trained engineer Maks found among the American ex-POWs would need to look over the bridge in daylight, and make an assessment.

Speaking of personnel finds, Maks heard about a Sgt. Traylor (USMC), who was some kind of ace gunsmith among the Americans. Even with scant tools, he was modding rifles, customizing them for his buddies. Maks gave him use of the workshop train car, to see what he could create.

Maks set the usual perimeter security. An immediate annoyance was the citizens showing up to gawk at the train. Some even offered gold, livestock or themselves to travel to northern Germany with the train. Maks was non-committal, told them he’d consider it. He told his guards to exercise restraint (“Think like cops”). It’d be too easy to accidentally off a curious civilian.

He sent the away team into town to conduct business, then told them to hit a couple of bars, gathering information. The city was rambunctious, and downright seedy down at river. They saw a Soviet party from Wrocław, trading for supplies.

These Soviets were from what remained of the 129th MRD in Wrocław. Maks had a history with them in the past, but there was no reason his B Team would be recognized by these men, or vice versa.

And the team, too, successfully traded several 152mm howitzer Illum rounds for 1 WP.

Maks was awakened by rapping on the outside of his rail car. Bowen was shouting, “Boss! … Colonel, we got a problem.”

About fifty of Maks’ American troops had left their rail cars earlier that night and made their way into Frankfurt, and were even now on a drunken rampage: Boozing, gambling, and whoring. The city’s ice house had been set on fire. Even now, their superior officers and city militia were rounding them up. 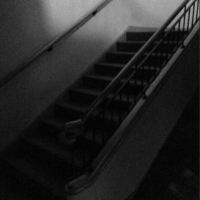 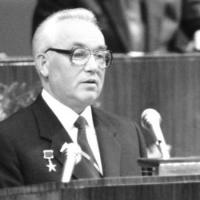 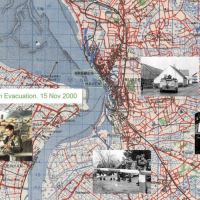 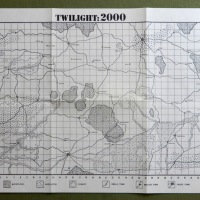 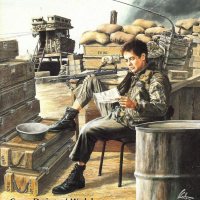 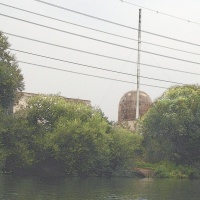 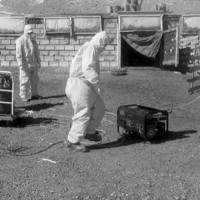 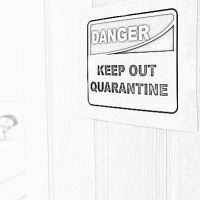 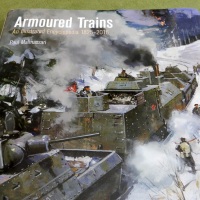